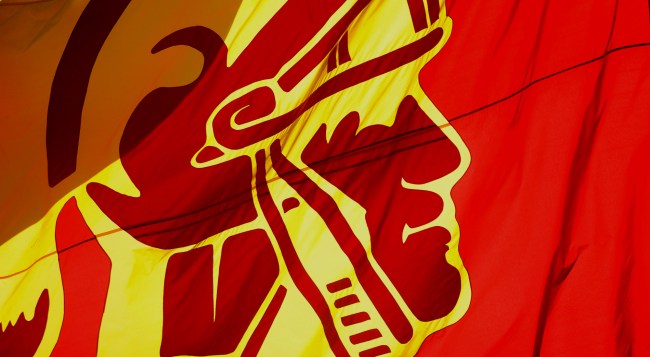 USC has fired three of its most senior athletic department officials with alleged ties to the college admissions bribery scandal involving Lori Loughlin, Felicity Huffman, and others.

Lopes, Orr and Jacobson have not been charged by authorities in connection with the college admissions bribery scandal, but they have been referred to in numerous internal USC emails filed by attorneys for Robert Zangrillo, one of the many defendants in the case, in U.S. District Court in Boston.

TMZ Sports reports all three of the officials fired by USC “were heavily involved in fundraising efforts for Trojan athletics.”

In one email string in early 2014, Heinel told Orr and other school officials about a student admitted as a walk-on water polo player.

“Please give me ideas on what kind of development opportunities we can explore with the family?” Orr wrote.

The response from another official: “1-5M potential.”

When the family appeared to not have followed through with a donation, Heinel suggested she could have “Admissions pull the approval.” Orr wrote back: “Really sucks dont pull we will guilt them.”

TMZ reports that all three were fired

This is just the latest move by new USC athletic director Mike Bohn to clean house in the wake of the school being front and center in the Federal investigation into Operation “Varsity Blues.”

Court filings also revealed spreadsheets showing around 200 “special interest” applicants submitted by various athletic departments in the university and often included potential donations that would be made by the students’ families.

USC President Carol L. Folt said in November when announcing Bohn as USC’s athletic director, replacing Lynn Swann, that he is someone who “demands at all times the highest level of integrity, not only of himself, but of everyone that works for him.”

Firing Lopes and Orr after 35 years each in the USC athletic department definitely shows that he isn’t messing around. Not that he has much choice.