The Post-Credit Podcast Celebrates Two-Year Anniversary Of Being Launched 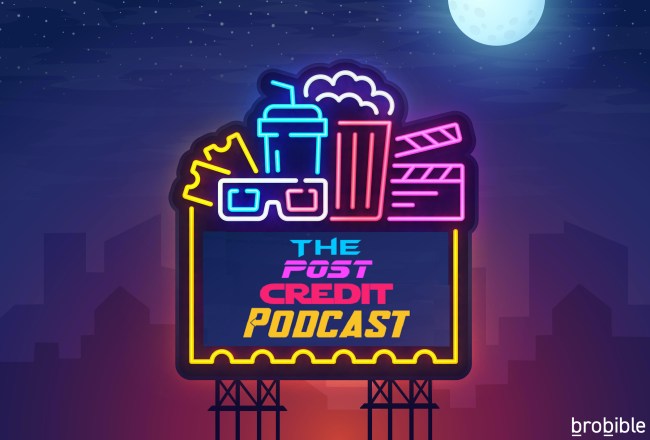 In addition to the interviews, the Post-Credit Podcast has also broke a bevy of pop culture news during its run, such as Don Cheadle’s appearance in The Falcon and the Winter Soldier, Nicolas Cage’s Dracula voice in Renfield, details about what a Man of Steel sequel would’ve been, and much more. Exclusive content from the Post-Credit Podcast also includes clip debuts from films such as House of GucciandThe Unbearable Weight of Massive Talent

Available on Apple Podcasts, Spotify, Google Podcasts, YouTube, and many other platforms, the Post-Credit Podcast focuses on all of the biggest “blockbuster” news in movies and television, with a particular focus on the most popular franchises in the business.

The show is hosted by Eric Italiano, our Senior Edtior and Social Media Coordinator, who was been with BroBible since 2019.