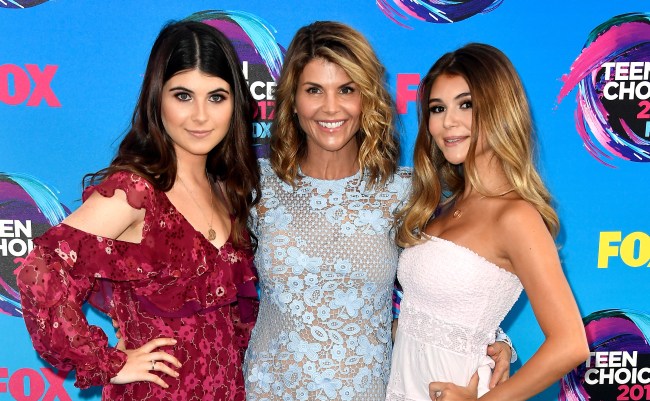 Lori Loughlin, who is currently selling her $28.7 million mansion in Bel-Air, has been pulling out all the stops lately as she desperately tries to avoid a lengthy trip to prison.

Loughlin and her husband Mossimo Giannulli face up to 40 years in prison for their part in the now imfamous college admissions bribery scandal.

Recently, after finally appearing to realize the severity of their legal situation, Loughlin and her family are still struggling with the delusion in which they believe they did nothing wrong by giving $500,000 to USC and having their daughters Isabella Rose and Olivia Jade Giannulli falsely pose as Trojan crew recruits.

In December, Loughlin’s lawyers claimed that the money she and Giannulli gave to USC were “legitimate donations” and “did not understand” that the payments would be used to bribe former USC senior associate athletic director Donna Heinel.

Yep, they’re back on the “we didn’t know it was wrong” defense.

The evidence proves they didn’t know the cash they paid to get their daughters into the University of Southern California was a bribe, according to new filings the couple made in Boston federal court Friday.

The celebrity couple has claimed they believed the money they sent to the scam’s mastermind, college adviser William “Rick” Singer, actually “would go to USC itself—for legitimate, university-approved purposes—or to other legitimate charitable causes,” the papers say.

The pair said that even though federal prosecutors claimed on Jan. 14 that they weren’t withholding “exculpatory” evidence, they nonetheless revealed on Tuesday that Singer had told the FBI that “families that do the side door … typically do not know that (crooked former USC official Donna) Heinel is involved until the time of the first payment.”

The feds should have disclosed this back in May, they argue.

Meanwhile, Us Weekly reports that Loughlin’s daughters Bella and Olivia Jade Giannulli will be called to testify if the former Full House star doesn’t change her plea to guilty.

“Lori has been told by the legal team that the United States Attorney’s Office will use her daughters as star witnesses in hopes of securing a conviction,” the source tells Us, noting that the 55-year-old actress’ daughters “had their world turned upside down when their parents were indicted.”

The source notes that Loughlin “asked if there was anything that could be done to prevent the girls from testifying.”

“She was told there wasn’t unless there was a change from not guilty to guilty,” the source explained. “Accepting a plea bargain would be the only solution.”

The fact that both daughters posed as University of Southern California crew recruits seems to be a sticking point with regard to Federal prosecutors’ desire to see Isabella Rose and Olivia Jade testify.

“The girls seem to grasp the severity of the situation and are taking it very seriously. Prosecutors plan on asking Bella about the photo she took on a rowing machine prior to being admitted,” the source told Us Weekly. “Bella did so at the direction of her parents.”

In April of 2019 it was reported that one of Loughlin’s daughters was the target of an additional federal criminal investigation.

Olivia Jade, a popular YouTube influencer prior to the scandal, returned to the social media platform in December, but has not posted any videos since, was reportedly told, according to Us, “Prosecutors could ask Olivia about her decision to return to social media.”