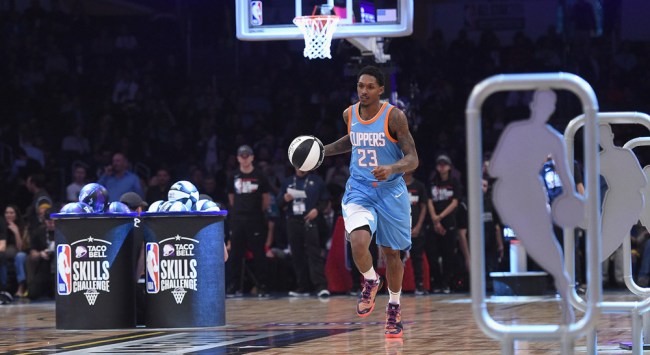 Los Angeles Clippers star sixth man Lou Williams is now in his 13th season in the NBA. And he’s only 31-years-old. That’s what happens when you are selected in the NBA Draft straight out of high school.

So after all those years in the League, the 2015 NBA Sixth Man of the Year has got his game day routine and diet on lock. What’s amazing about it is that it is way more simple than you’d think for an NBA player.

Speaking to GQ’s Alex Wong, Williams revealed a lifestyle that would be very foreign to most us.

Take me through your game-day routine.

In the morning, I’ll have an egg-white omelet, hash browns, and chicken and turkey sausage, and then I go to sleep. That’s really it. I eat at 11 o’clock in the morning. Then I take my nap from one to four in the afternoon. Then I head to the arena.

Do you eat anything before the game?

No, the morning meal is the last meal of the day for me before a game. I won’t eat until after the game. I like to play a little light. Some guys like to eat two or three different times a day before the game. I eat once, and that’s it. Honestly, at this point in my career, I’m old, so I don’t do a whole lot to prepare for games.

Williams does eat a post-game meal after Clippers games, which, like the rest of his routine is very simple and involves dishes like chicken alfredo pasta, pizza, tacos, and chicken wings, which he says he rotates because he always eats “the same stuff.”

During Williams’ first seven years in the league he says his game-day routine was actually an all-day process.

I would have a workout at shootaround, eat breakfast, take my nap, eat again, then have another crazy 45-minute workout before the game. My day used to be jam-packed. Nowadays, it’s definitely more relaxed.

Calling Lou Williams laid back would be an understatement.

Check out the complete interview over at GQ.com.