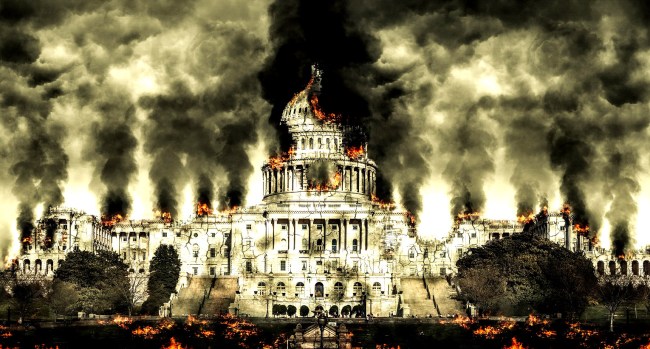 Okay, sure, so far out of all of the doomsday prophecies we’ve covered in the past like the apocalypses that were supposed to occur in July and September of 2016, the three predictions in January of 2017, again in February, twice in May, and December, then again in January, April and July of 2018, and yet again in June, October and November of 2019, as well as in February and June of 2020, none of them actually came true.

The predicted doomsday dates of December 21, 2020 or sometime in the year 2240 are still pending, however, so stay tuned.

Then again, we might have to wait as long as those two dates because now we’ve got another end of the world prediction that has been put forth by Christian website End Times Truth, who believes that the current pandemic along with numerous other signs written in the Bible are in the process of coming to pass.

“The recent fulfillment of End Times Biblical prophecy proves that we are now living in the Last Days,” they claim. “Predictions made thousands of years ago are coming true in our generation as never before.”

Are they? Are they really? Let’s delve further a little deeper into their claims.

They have come to this conclusion based on several facts, one of which is, “When the Disciples of Jesus asked Him about the signs of His coming, He said that one sign would be the spreading of disease among the nations.”

Ruh roh. Was he talking about the coronavirus? Maybe. Though they won’t fully commit to that being the case, saying, “the current coronavirus pandemic is the latest of many such birth pangs” of the “the new world system” that will take over when Jesus returns.

“The prophets saw a time of tremendous upheaval and destruction just before the end of this age,” they continue. “Some of them predicted that fire would consume all the works of man, while others said it would be a time of thick clouds and darkness.”

Well, which is it? Fire or thick clouds and darkness? Let’s narrow this stuff down, people!

“Jesus predicted that immediately before He returns the world would experience a time of trouble unparalleled in history where all life would be threatened,” they state. “In the Bible, this time is called the Great Tribulation. The prophets predicted that it would start with a war in the Middle East and lead to a global battle.”

All that reminds me of that 80s hit by the group Camouflage, “The Great Commandment.”

We are certainly checking a lot of boxes off here so far, aren’t we? On the plus side (of sorts), there have been far worse catastrophes in the world than the coronavirus and we managed to still pull through.

“People today call this World War III, and it ends with a frightening nuclear exchange, which will devastate the world.” 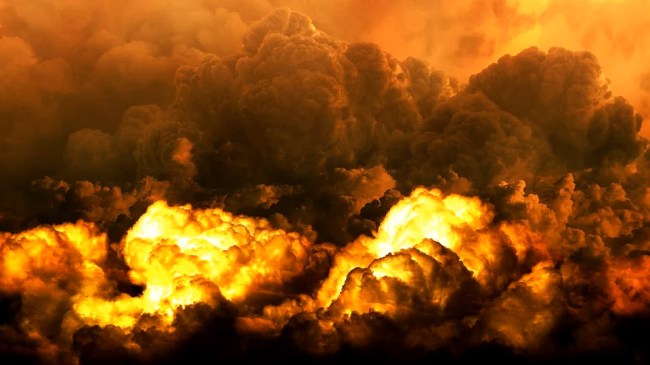 “Predictions made thousands of years ago are coming true in our generation as never before,” they add. “This means that the Return of Christ is drawing near, and there is not much time left before judgement comes.”

So how about a specific date? That would definitely be helpful to know.

“The current world system of evil is about to end in a fiery conflagration, and a spectacular new world of peace will be set up in its place by the Lord himself.”

Yeah, okay, but a date, we need a date! Oh, wait, there’s a one more sign we need to be looking out for that will signal the end is nigh (that means near).

The final aspect of the prophecies that relate to the effects of nuclear war is the widespread pollution of land and water by radioactive fallout, dust from the explosions and fires, and the bodies of dead animals and people left to rot on the ground. The sickening stench of fire and death that would permeate the world after a disaster on the scale of a global nuclear holocaust would be overwhelming and almost beyond comprehension. The collapse of the ecosystem would continue to spiral out of control long after the nuclear explosions have subsided.

Yikes. This all sounds very unpleasant. But still… an actual date would be nice.

“We know that sin has caused these bad events to occur in the world,” they add. “They cause pain, suffering, and death in this present time, because of the world’s rejection of Christ and their constant living in open defiance of God’s ways.”

Shame on all of you.

Related…
• Bible scholar has finally figured out when the end of the world will actually happen, maybe
• Researchers claim chances of a ‘massive’ disaster worse than coronavirus are just 1-in-3
• Planet X, AKA doomsday planet Nibiru, has returned, sparking more end of the world theories
• Conspiracy theorists tie Nibiru, AKA hidden doomsday Planet X, to the current pandemic
• Uh oh, a ‘doomsday vault’ buried deep in the Arctic just added a bunch of supplies in preparation for the apocalypse
• Apocalyptic asteroid will hit in the next decade and space agencies are covering it up, says biblical scholar
• Humans could become extinct in the near future and most people don’t really care, says new study
• The University of Oxford has disturbing news about the chance of human extinction within the next year
• Experts claim the apocalypse is closer than we think as a ‘zombification’ parasite may have already infected humans
• Mayan calendar researcher says new calculation suggests ‘serious problems are coming our way’
• Planet X Nibiru Will Appear On April 23 To Signify The End Of The World, So Plan Accordingly
• Planet X Is Still Coming To End The World, World Leaders Are Just Covering It Up, Say ‘Experts’
• Mark Your Calendars, The World Is Going To End On November 19th… No, Really, It Is This Time
• Heads Up, An Asteroid From A Hidden Planet Is Going Hit Earth Causing A Devastating Tsunami NEXT MONTH!
• Doesn’t Matter Who’s President, Because A Rogue Planet Is Heading For Earth To ‘Destroy All Human Life’