Heads Up, Bible Experts Warn Our Time Here ‘Is Very Short’ As The Apocalypse Is Near 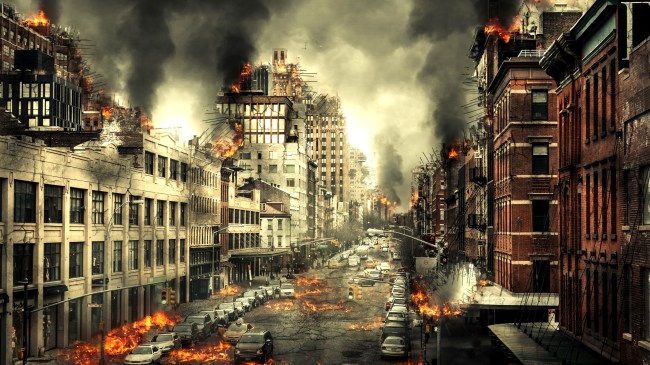 If it feels like we’re nearing the end of the world with as horrible as 2019 and 2020 have been, well… you might not be wrong.

“We attend the Evangelical Free Church in Williams Lake, British Columbia, Canada,” their profile reads. “Our Biblical Prophecy prospective is from the Pre-Tribulation view point. We believe the Bible says what is means and means what it says.”

Okay then. What does it say?

According to an article they published last week, something called the Third Temple is currently in the construction planning stages.

So what is the Third Temple?

Apparently, it is for the Antichrist and when it is built, he will appear and it’s curtains for all of us. Or, well, most of us. 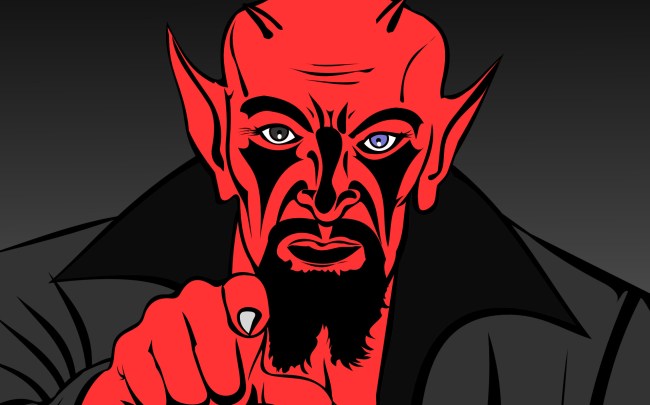 As for the future Temple, we know from scripture that there must be a Tribulation Temple, (the Third Temple), on the heights of Mount Moriah, in which this future Man of Sin will enter to declare himself to be god or the Messiah, (false Christ), the world has been waiting for.

I was given a reed like a measuring rod and was told, “Go and measure the temple of God and the altar, with its worshipers. But exclude the outer court; do not measure it, because it has been given to the Gentiles. They will trample on the holy city for 42 months. Revelation 11:1-2 NIV

He will oppose and will exalt himself over everything that is called God or is worshiped, so that he sets himself up in God’s temple, proclaiming himself to be God. 2 Thessalonians 2:4 NIV

Time is very short. Events could play our quicker and sooner than one can imagine. (Just look at all that has taken place in the year 2020 and we aren’t even done yet with this eventful year). Are you ready for Christ’s return? Are you ready to meet the Son of the Living God, the true Messiah, the one who has paid the penalty for the sins of the world?

They also highly recommend that we all watch some videos that are totally not crazy.

Okay, while all that is well and good, just like the last time a Bible expert made an end of the world prediction the Muirs are sorely lacking when it comes to nailing down an exact date for when the apocalypse will hit. People do have to plan, you know?

Anyway, for those scoring at home (and if you are, congrats, unless you’re not married, sinner), so far we’ve whiffed on doomsday prophecies that were supposed to occur in July and September of 2016, the three predictions in January of 2017, again in February, twice in May, and December, then again in January, April and July of 2018, and yet again in June, October and November of 2019, as well as in February and June of 2020, none of which actually came true.

We do still have a shot at the apocalypse on December 21, 2020, sometime in the year 2240, at some undetermined point over the next few decades, or “soon” in the case of the Muirs. So we’re still out there taking our cuts. One of these days we’ll finally get it right. Unfortunately, we won’t be around to celebrate.

Related…
• Scientists say there’s a 90 percent chance the end of civilization will happen within ‘decades’
• Doomsday prophecy claims World War 3 is coming and all the signs are already in place
• Bible scholar has finally figured out when the end of the world will actually happen, maybe
• Researchers claim chances of a ‘massive’ disaster worse than coronavirus are just 1-in-3
• Planet X, AKA doomsday planet Nibiru, has returned, sparking more end of the world theories
• Conspiracy theorists tie Nibiru, AKA hidden doomsday Planet X, to the current pandemic
• Uh oh, a ‘doomsday vault’ buried deep in the Arctic just added a bunch of supplies in preparation for the apocalypse
• Apocalyptic asteroid will hit in the next decade and space agencies are covering it up, says biblical scholar
• Humans could become extinct in the near future and most people don’t really care, says new study
• The University of Oxford has disturbing news about the chance of human extinction within the next year
• Experts claim the apocalypse is closer than we think as a ‘zombification’ parasite may have already infected humans
• Mayan calendar researcher says new calculation suggests ‘serious problems are coming our way’
• Expert predicts the human race will become extinct in the next 760 years, so that kind of sucks