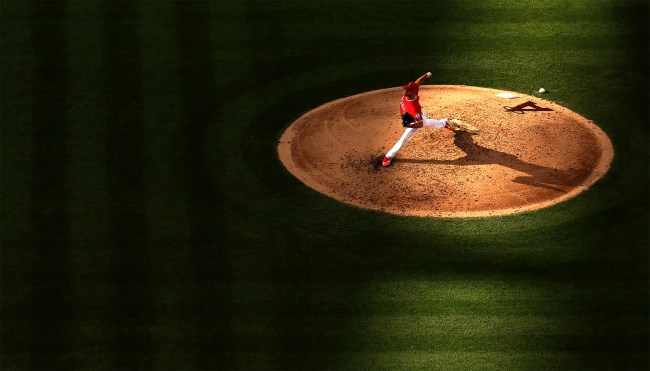 It appears as though we can add the Los Angeles Angels organization to the Houston Astros and Boston Red Sox who have had issues with cheating.

Angels executives confirmed Harkins’ firing but did not elaborate, citing legal restrictions that prevent them from discussing employment matters. It is unclear whether he was assisting visiting teams or the Angels with illegal substances.

Harkins, known as Bubba, has tended to Angel Stadium visiting teams since 1990. He started his career with the Angels in 1981 as a batboy. He left after three seasons but returned as a clubhouse attendant in 1986.

The Times states that the reason for the clubhouse attendant’s firing was, in fact, for the substances and not over anything related to the grand jury investigation into the death of Angels pitcher Tyler Skaggs.

Reds pitcher Trevor Bauer, long a vocal critic of cheating in Major League Baseball, has repeatedly over the past several years accused numerous pitchers of doctoring baseballs with illegal substances to increase spin rate. He even went so far as to state his belief that “over 69 percent” of MLB’s pitchers are cheating in this fashion.

Bauer has also alluded that the Houston Astros pitchers were some of the biggest culprits, with Dallas Keuchel, Charlie Morton, Gerrit Cole, and Justin Verlander all becoming almost unhittable (or even more unhittable) after they joined the Astros

Bauer later walked that insinuation back (then later walked it right back to where he started) when Astros pitcher Lance McCullers, Jr. accused him of being jealous.

Since my phone is blowing up, if there are any more @astros players who want to hit me up to have a conversation on the phone, my agent is @AgentRachelLuba. She will be handling scheduling the rest of these appointments. Talk to y’all soon.