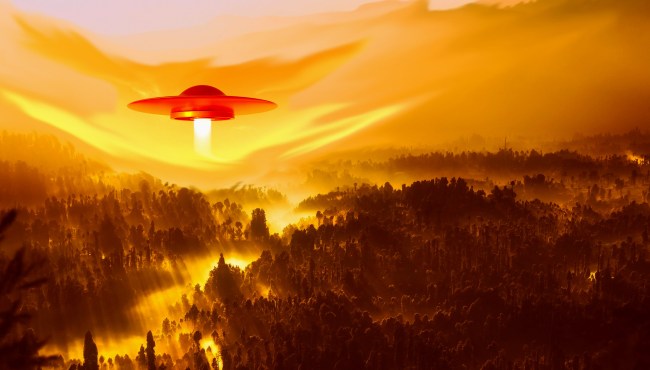 With the Pentagon and Former Senate Majority Leader Harry Reid making some unrecedented admissions regarding UFOs and aliens over the past several weeks, extraterrestrial experts have been making some serious inroads uncovering evidence of what they believe to be “alien bases” located here on Earth, on Mars, as well as on our moon.

Among the recent discoveries they have made include witnessing a UFO entering a secret alien base in Oregon’s Mount Hood caught which was caught on video by an airplane pilot.

An alien base and pyramids were discovered in a Mars Curiosity Rover photo that NASA tried to keep a secret, according to one expert.

One UFO expert even went so far as to say he uncovered “100% indisputable proof” alien cities exist on the Earth’s moon.

That same expert, Scott Waring, was recently doing some more investigative work when he came across something very interesting on Google Earth.

“I found an entrance to an underground base on a secluded island in Indonesia,” he wrote on his website.

“The doorway can easily be seen with Google Earth map and when you add contrast to a screenshot…the detail really comes out. 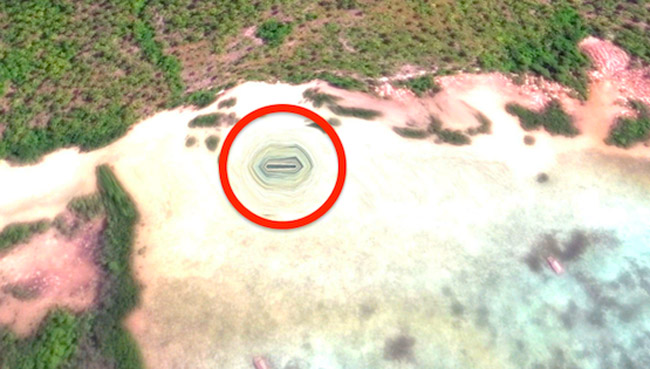 “We can even tell from looking at it that the UFO that flew through this doorway was leaving the underground base.

“How do we know this? Because the deeper insides of the tunnel are collapsed and closed in, but the outer surfaces area is still open.

“This is the perfect place for an underground base…on such a secluded island were few people ever wander.”

One commenter took things a step further, stating, “I think this is entrance specifically for the interstellar ships. It is well known that Reptiloids (original species of our planet) use cigar-shaped ships or cylindrical shaped ships. And now. Look at the shape of the entrance! It’s clearly for their ships!”

Another hypothesized, “I think this is a secret military base not about aliens or UFOs.”

Could it possibly be an underground alien base? Or an entrance specifically for interstellar ships? Or a secret military base? Or is it perhaps something even more sinister?